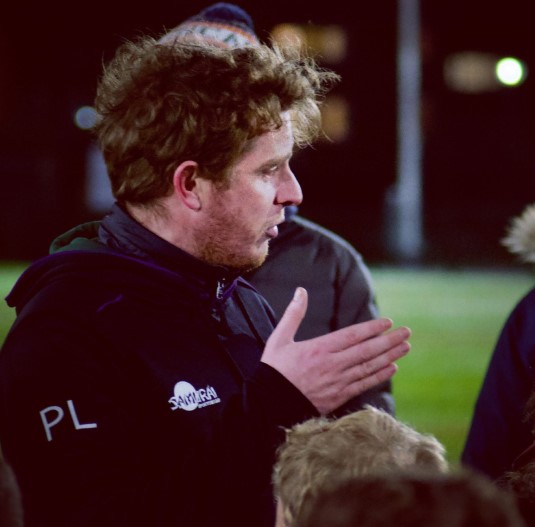 As the Wembley Stallions return to practice Stampede Productions caught up with Head Coach Warren Smart to ask how the Off-Season recruitment activity has gone.

“We are really happy; player numbers are good for all teams. As the club grows, we are always hoping to attract new players and new coaches. It’s not too late to join.  We are particularly pleased to be bringing on board Coach Chris Herbert.  Coach has a great deal of experience, not least of which is play calling with the current national champions. We are really excited about the season ahead”.

SP sat down with Coach Chris Herbert and started with some quick-fire questions to get to know him a little better.

SP: When did you start coaching?

SP: And your favourite College team?

SP: Where have you coached previously?

CH: The London Warriors was my last team and I have also coached Sheffield Sabres and Portsmouth Destroyers.  I have coached on the U19 National Team and the Southern Blaze Women’s team in the Diamond games, which is where I met Coach Smart.

SP: Highlight of career so far?

CH: I have been fortunate to have worked with some great coaches.  The whole of my time in American football has been positive.  It’s a great sport.

SP: Does any one moment stand out?

CH: In the 2018 Britball final, my HC took the time to talk me through some decisions on the sideline, during a drive, whilst I was still calling plays. Getting 1% better every time really stuck with me from that and it’s a fond memory.

SP. What made you choose the Wembley Stallions?

CH: I think the Stallions are a top tier set up, I haven’t seen another club with the same level of organisational commitment. On top of that, there is some real talent here, and a huge opportunity for success.  Coach Warren and I had some great conversations about where he wants the club to go, and it is an ambition I share.

SP: What excites you about your new role?

CH: I’m excited to get back to coaching on the offence. I think I can drive real impact by supporting Coach Warren in delivering efficiency from the offence in 2022. We want to play with pace and with aggression.

SP: What do you want to achieve from the season?

SP: How would you describe your coaching style?

CH: Intense and considered.  My mantra is KISS – Keep It Simple and Safe. This slight adjustment to the common phrase is stolen from my time in Sheffield. I think we, as coaches, can sometimes try and look like the smartest guy on the field – when actually what’s important is that our players see it the way we do, and can they execute at speed. Keep It Simple and Safe – everyone wins.

SP: Thank you for your time and good luck with the season.