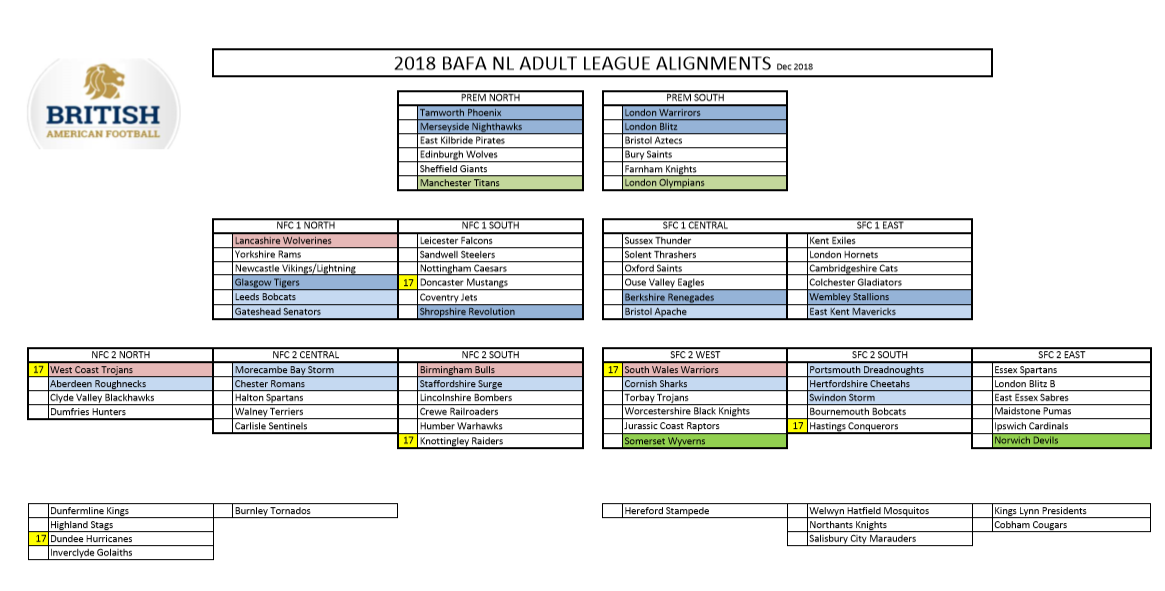 The BAFA NL Premier league is returning to a 12 teams structure split with North and South conferences. Each team is planned to play a ten game season, playing their 5 opponents each home and away, for a regular season of 10 games.

Each of the last 2 seasons, we have expanded our Division One by adding quality Div 2 teams that have proven they are competing at this level already.
And the 2018 season will see a similar expansion of Division one again.

We have Four Conferences split regionally (Two in North & Two in South) and each of these conferences are being expanded to 6 teams in each.

Each Conference of Six teams will play each of their 5 opponents home and away, for a regular season of 10 games.

Same playoff structure as 2018, with top two teams in each of the four conferences making the North & South Quarter & Semi Finals, with the Division 1 Final head in early September

With the expansion promotion for 8 of the 2017 playoff teams up into Div 1, will now allow Division Two to be the development level for BAFA NL football