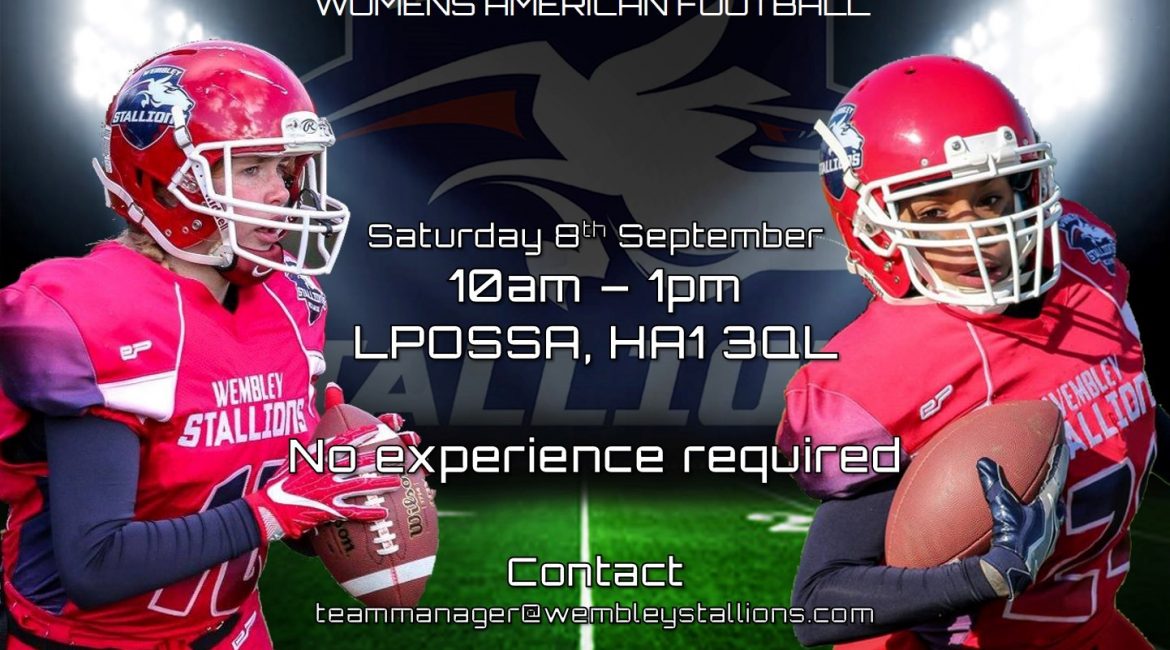 American Football is increasing in popularity year on year, and the women’s contact game has grown dramatically in the past three years. It’s set to continue growing as more and more programmes announce new female teams.

I used to moan that he would always be away for some part of the weekend, and ask why he wouldn’t prefer the lie in or lazy afternoon. I knew absolutely nothing about the sport or how it was played.

But one Sunday afternoon I attended the Wembley Stallions Summer Party and was ambushed by a group of girls (who I now call teammates). “Do you want to play American football?” “Absolutely not, I’m a netballer ”

Later, standing at the bar, looking at these ordinary girls (American football is probably one of the only sports in the world that has a position suited to all body types), I thought, hey why not, it’s worth a try.

A couple of weeks later I attended my first session, I still knew absolutely nothing, but was taught everything I needed to know, and now, gratefully, I am called captain of the best team I’ve ever been a part of, playing the best game there is to play.

We have seen complete beginners come and become sportswomen. Sportswomen switch from other sports and others who have played the sport before join the team.

For those of you reading this, who have an inkling to do more, a desire to commit yourself to something special, or a want to test yourself to try something new – ask yourself these questions and maybe American Football could be for you.

Do you enjoy working out and keeping fit? But bored of forcing yourself to do the usual gym routine?
We train on Wednesday evenings and Saturday mornings, so it’s guaranteed to keep you fit (and cheaper than a gym membership). Training is fun and varied and coaches motivate you to challenge yourselves (our very own PTs).

Have you found it difficult finding a competitive sports team since leaving school/university?
If you’re bored of the ‘social’ leagues available in London, we take it to the next level. We compete in the Sapphire Series, which is 7v7 football and play against teams from across the country. By competing we become a better team and give ourselves the chance to show how all our hard work pays off.

Would you like to do more with your time outside of work/university/college?
We all love settling in to watch Love Island, but there’s nothing more rewarding than an evening spent throwing a ball around with your mates and developing new skills. Alternatively, you may already play a sport and be looking for a new challenge!

Either way, come and join us on the 8th September @ LPOSSA, 136 Greenford Road, Hussain Close, London, HA1 3QL between 10am-1pm for a free taster session and see what all the fuss is about.