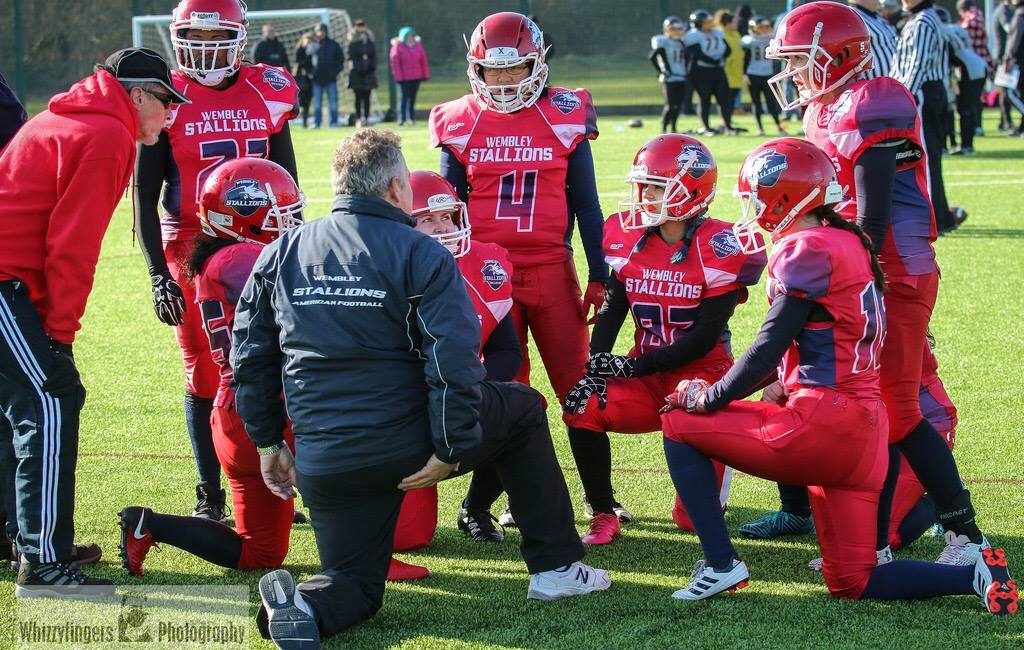 Why Coach Women’s Football?  This is a question that had never crossed my mind before the start of 2018.

I had always coached senior ball and the thought of coaching outside that had never excited me, luckily for me that changed at the start of senior pre-season this year.

My Wife accompanied me to the Coaches meeting to do a cardio session with the Women’s team, as she had missed a couple of sessions at the gym that week, by the end of that coaches meeting she was a player and I was a Coach for the Women’s team.  There was no initial excitement or even thought that this would be a good learning curve for me – in fact I was a little disappointed to be missing pre-season with my Defensive Line – this however was something that was soon changed. 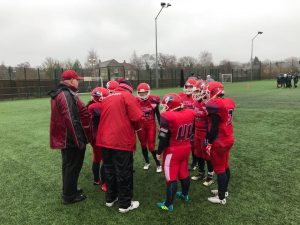 The first session gave me a chance to see the players for the first time up close, as with all teams a mix of athletic and football ability was on show.  On the Defensive side of the ball our sessions consist of technique drills, learning the correct angles to shut players down and of course tackling. The first tackle session with a dummy showed just what type of hits my ladies can deliver, aggressive, agile and most pleasing for me downright hard.  These ladies can ball!!

Over the course of the season we worked hard, both on the field and in the film room, we looked at what other teams did, prepared for them and through it all I discovered the best attitude of any team, or unit I have ever had the pleasure of coaching. The cold winter mornings and dark evenings did not put the team off, and when people where not able to get to sessions they skyped in to ensure they didn’t miss it. The season like any other had highs that were celebrated, and lows which hurt like hell, injuries that deflated, and rehabs that raised us up. This is what this sport is about. The bonds that are formed on the training pitch, see you through the hard times and make the good times seem even better, these are now your sisters for life. 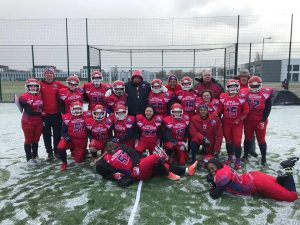 The finals day provided the perfect metaphor for not just the season, but as football does on so many occasions, life. The day started overcast but brightened a little, only for the darkness to return and then a storm came. The storm passed and we were bathed in sunshine, only for another storm to hit us again, but in the end the storm ceased, the snow lay on the floor and we were victorious in our final game, standing on the what was left of the snow that the storm had thrown at us. This is life. This is football, and it is made all the sweeter for having our teammates backs and knowing they have yours.

This is Why I Coach Women’s Football