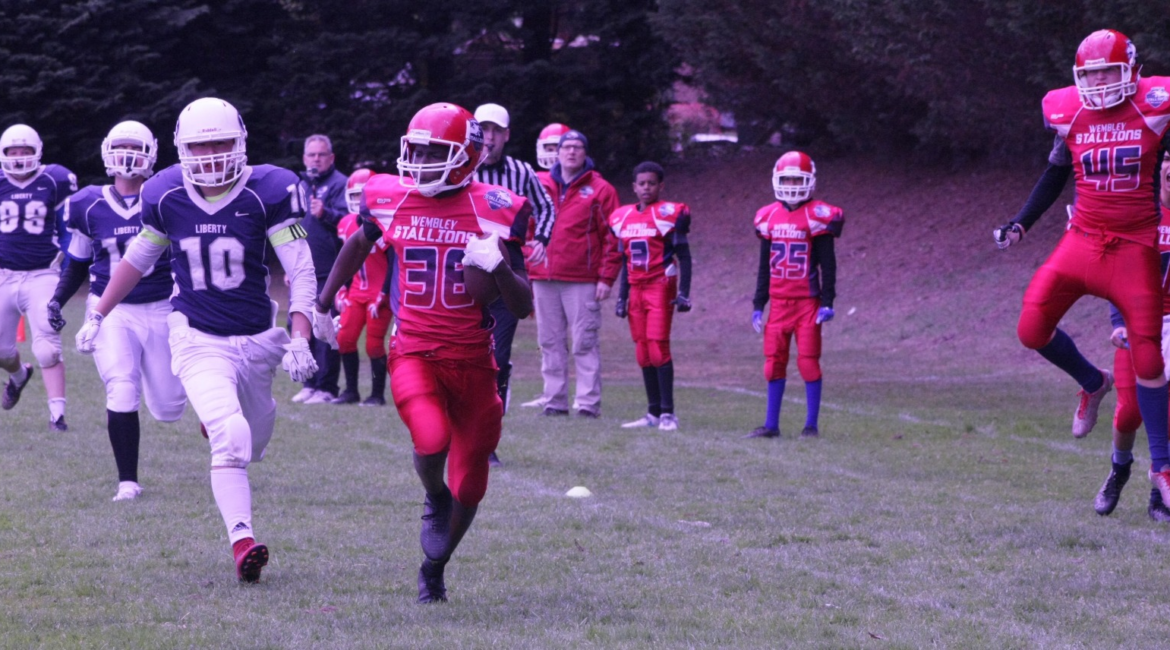 It was a weekend to be proud of and some big lessons learnt.

Stallions Youth (Under 17s) had their first tournament, with only two players having ever put a helmet on before and the Under 19s had their first game on a full side field in Division One.

The Under 17s were in action first as they travelled to Kent on Saturday.

Their day started against Cobham Cougars, who came out of the blocks quickly scoring a touchdown on the second play of the game. The Stallions came back with a touchdown pass by Lorenzo Perrotta to Nykai Prince, followed by a safety caused by Luke Van Eldik, put them into the lead. However, the Cougars fired back, scoring more touchdowns to win the game 32-8. 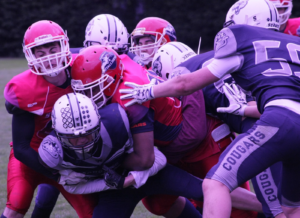 London Blitz were next, who also scored a touchdown on the second play of the game and took a two-score lead into the second half. The Stallions pulled a score back with a pass to Nikolas Frost, but were unable to prevent the Blitz from extending their lead again. A rushing touchdown from Prince and a conversion pass to Emmanuel Okeleke put the Stallions back within one score. However, time expired and the Blitz took the win at 19-13.

The final game of the tournament was against Kent Exiles. The home side stormed out the gate scoring 34 unanswered points before Prince caught a touchdown pass and a rushing touchdown from Mykel McKenzie. But the Exiles kept scoring too, winning the game 54-12.

The Under 17s’ next tournament is not until June 22nd at the East Kent Mavericks’ ground and are eager to put the lessons learnt to the test. 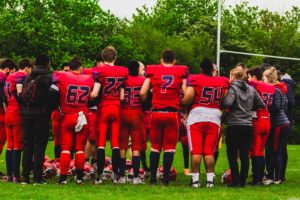 The Juniors (Under 19s) travelled to Mill Hill, to take on the London Warriors on Sunday in their first game in Division One as a nine-a-side team. 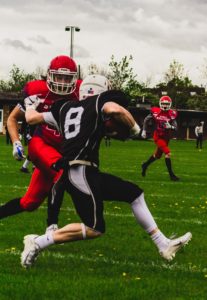 The Stallions started strongly, Lukasz Smolen forced a fumble and recovered the ball to put the offence into a scoring opportunity. A pass from Daniel Janiszewski to Reece Williamson White in the end zone put the Stallions into the lead. The Warriors responded quickly and levelled the score on their next drive. 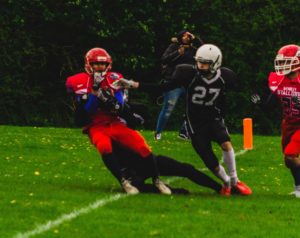 Both defences took charge as time ticked on and into the second quarter, each procession ended in a turnover until the Warriors took advantage of a short field and went into the lead with a touchdown pass.

Defences stopped any major movement downfield as both offences suffered turnovers that ended each drive again in the third quarter. However, a defensive slip at the beginning of the fourth quarter allowed the Warriors to run in a touchdown and increase their lead.

One last turnover near the end of the game, gave the Warriors a short field and an opportunity to score again. The Warriors took it and ended the game with a win at 24-6.

The Under 19s do not have long to wait before they are put to the test again, as they head down to Southampton this Sunday to face the Solent Seahawks. 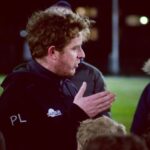 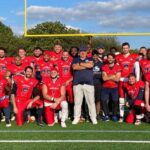